In June 2013, the historic Osteria del Cappello reopened with the aim of reviving the spirit of the past and celebrating Bologna, its
local area and its food in order to rediscover a rich and important food and wine tradition and to enjoy the pleasures of a leisurely meal eaten in good company. Our specialities are completely handmade and our ingredients selected with sustainability in mind. We offer exclusively locally-produced wines and beers, the fruit of our beautiful local land. 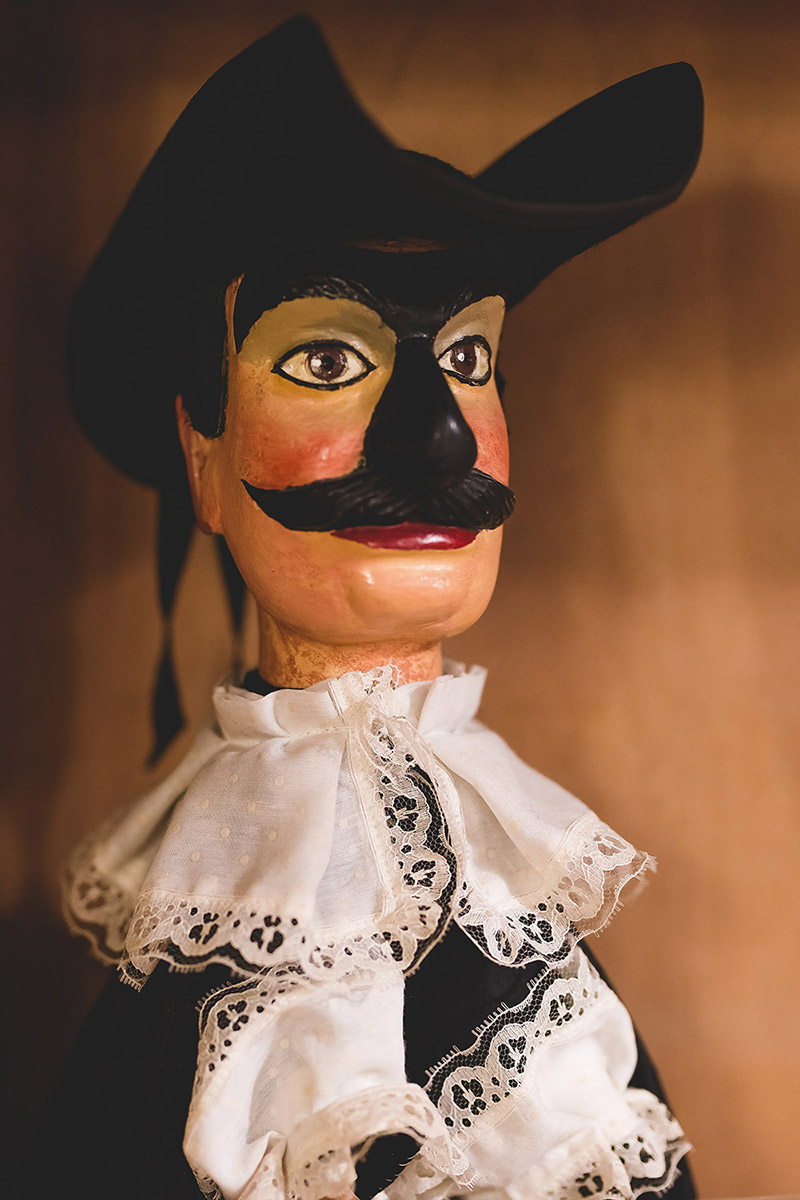 No one knows when the Cappello first opened its doors.
However, its name first appeared in the “Book of Incomes and Expenses” from 1379, a register kept by the Bureau of Bills that recorded all the names of Bologna’s inns and taverns.

The inn’s popularity is evidenced by a document outlining the “Provisions of the duty on salt”, recording the amount of salt purchased by the city’s various taverns and inns in that salt, being so essential for the conservation of food in those days, was subject to taxation.
In 1396, the Cappello was one of the top 3 buyers.
The success of the inn was steadily increasing, so much so that at the beginning of the 15th century it hosted one third of the city’s visitors all by itself.

Towards the end of 1600 Cardinal Gastaldi issued a decree stating that all the Jewish people travelling through Bologna were obliged to stay at the Cappello Rosso and nowhere else. Until the end of the 1700s, the Cappello was thus entrusted with a decisive role in the dialogue between the two religions: the inn offered the same hospitality to Jewish travellers that it offered to all other guests. It was a neutral space in which the religion of its guests was not a factor of discrimination in relating with others.

The origin of the Cappello Rosso sign is debated, but it probably derives from religious imagery.
The Cappello (Italian for “hat”) could indicate a cardinal’s headgear with its characteristic bows, or it may indicate the link with the Jewish community in that the hat, together with the more well-known yellow Star of David, was a identifying sign that Jewish people were required to wear.

In 1712, it was included in the “New Game of all the taverns in Bologna” by the engraver Giuseppe Maria Mitelli. The board for this game had 57 squares, each of which depicted one of the city’s taverns by name, sign, street name and the specialties it served.
Square 41 featured “Il Cappelo Rosso ne Fusari” where guests could enjoy good partridge lard accompanied by croutons.

In 1805, Francesco Majani reported that his mother Teresa “produced sweets inside a house in the Cappello inn.”
The Cappello Rosso’s pastries were thus prepared by the same Teresa Majani who had just founded the Laboratorio delle Cose Dolci, a small workshop that was destined to become a leading light of Italian confectionery production.

In 1911, the new owners Alfonso and Enrico Cappelli renovated the inn, equipping it with the most luxurious amenities of the time. 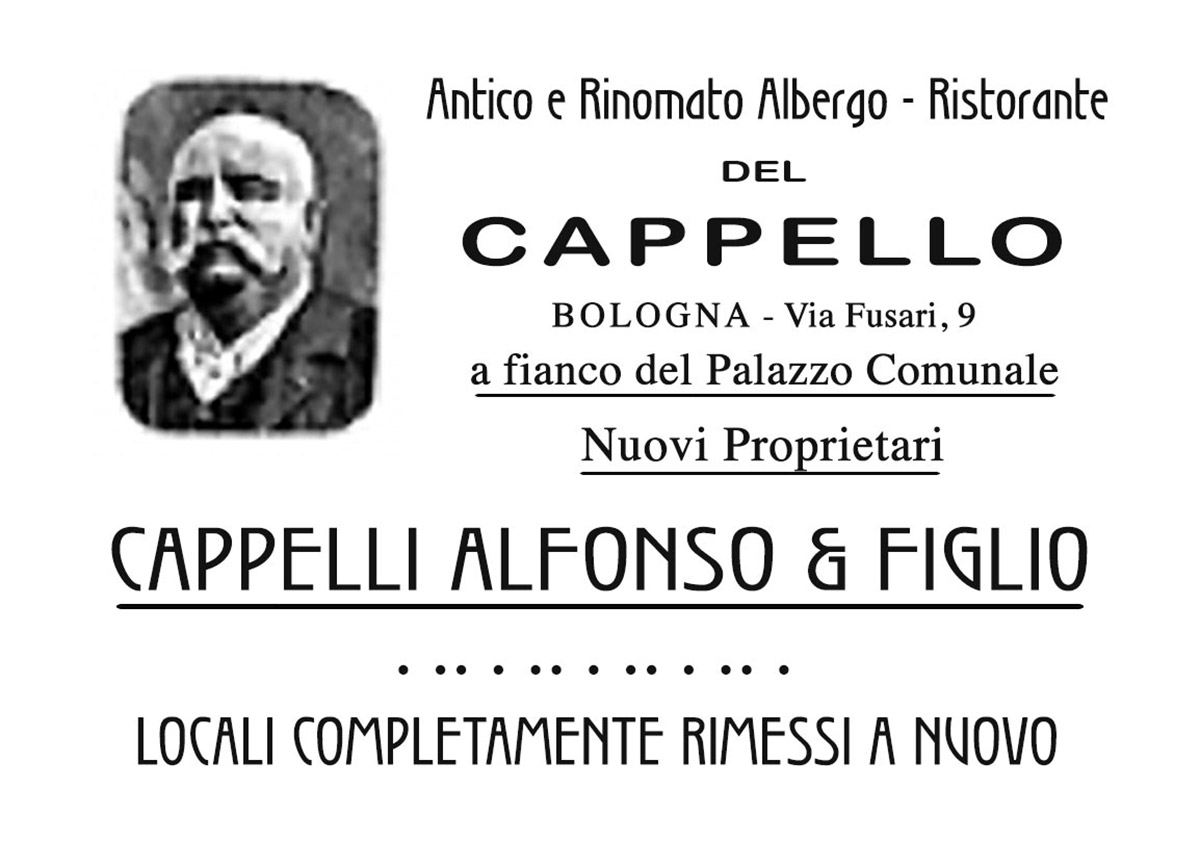 Find out about the workshop….

….where our sfogline still roll out pasta dough the old way, with a rolling pin.

Come visit us in Galleria Falcone e Borsellino, just a step away from the Osteria! 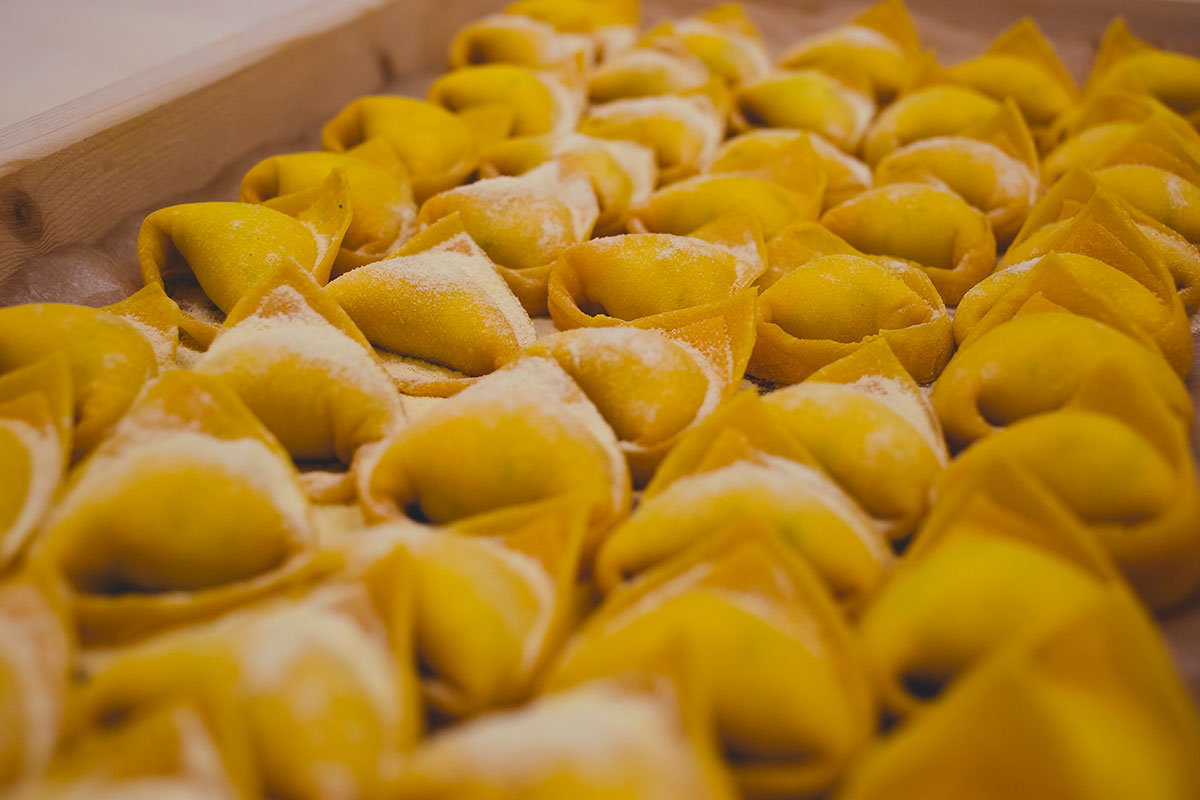 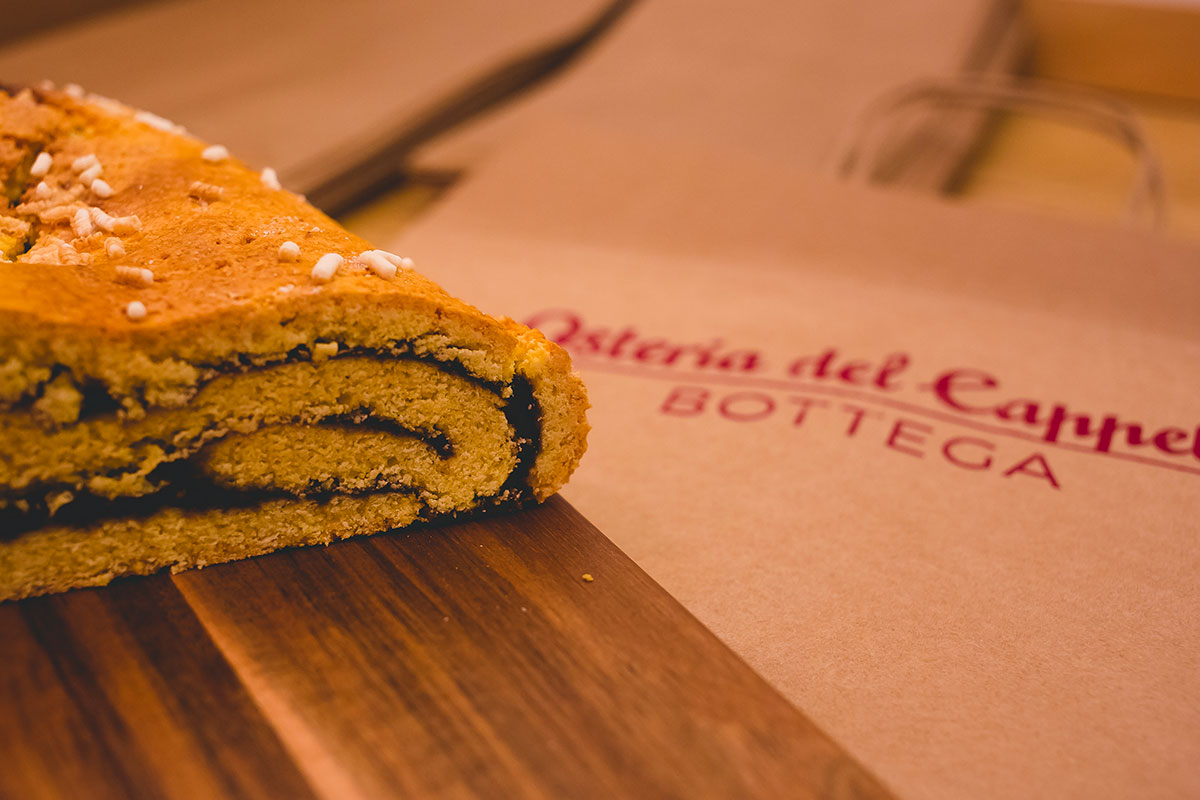 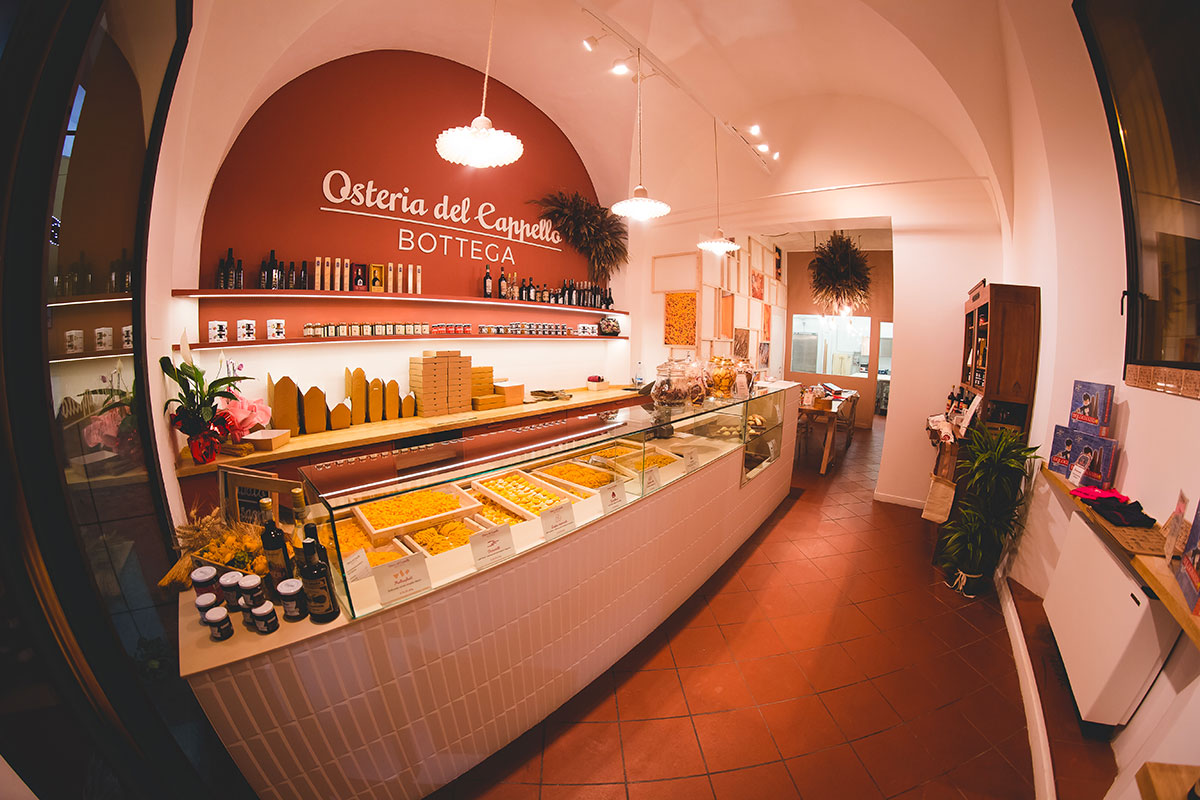 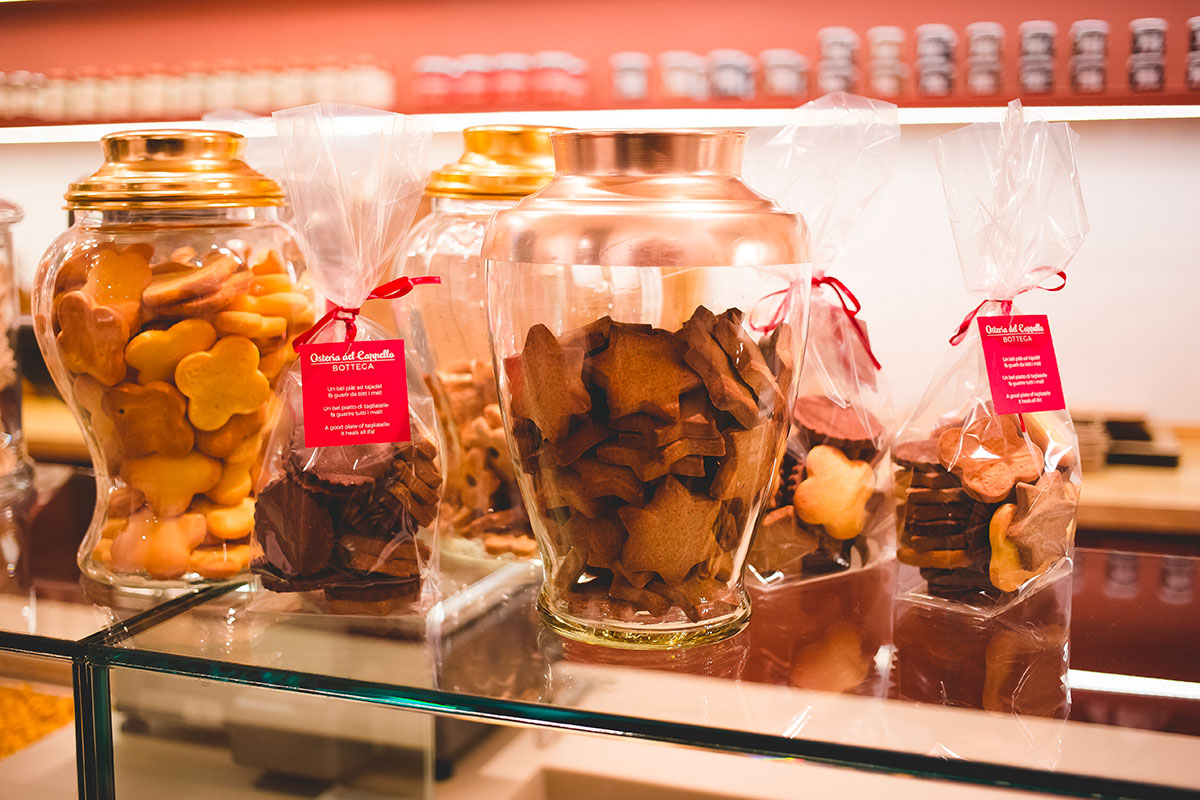 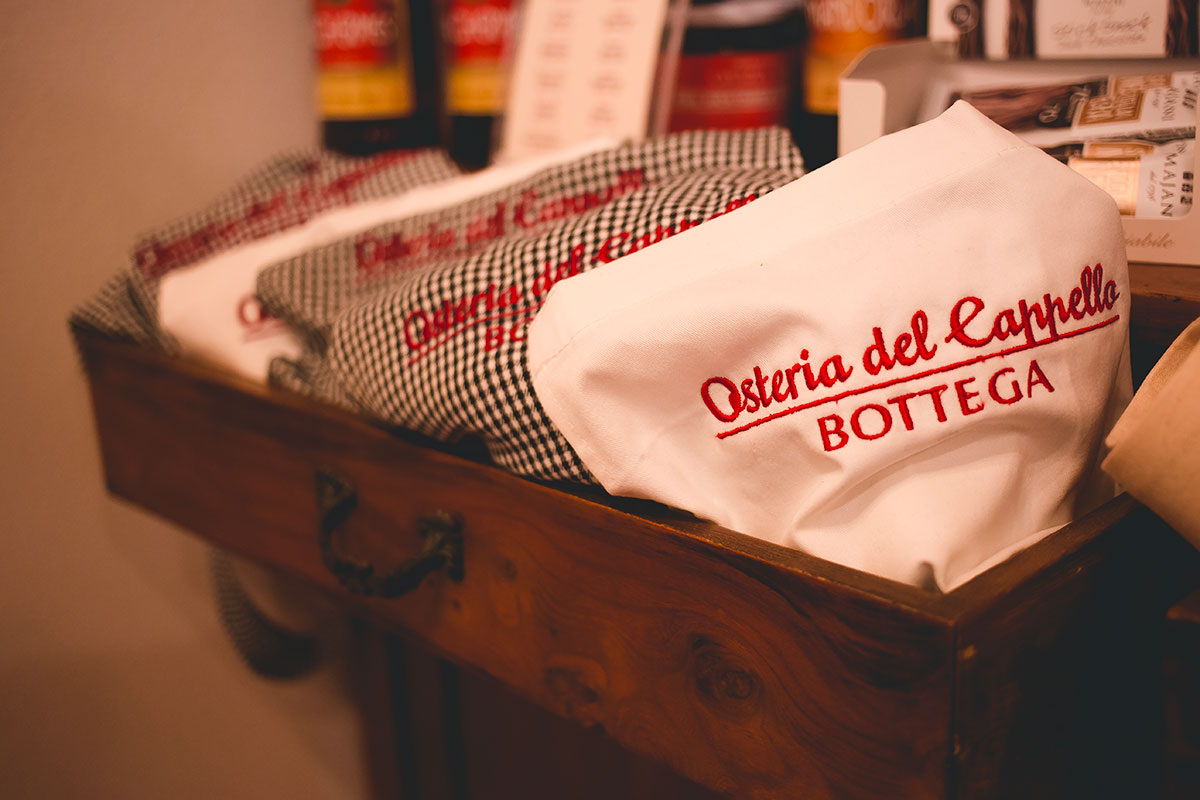 Are you fond of tradition? Come meet us

Are you in town? Reserve a table

The reservation is valid only upon receipt of a confirmation email

CONSENT TO HAVING YOUR PERSONAL DATA HANDLED: "By filling out and sending this form, you consent to the processing of your personal data in accordance with the information provided and pursuant to and for the purposes of (EU) Regulation  No. 679/2016."